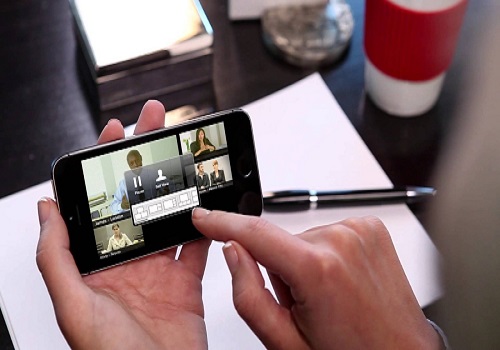 As videoconferencing remains the only option for millions of workers as the Covid-19 pandemic continue to surge, a new study has challenged the effectiveness of online meetings, suggesting that non-visual communication methods that better synchronise and boost audio cues are, in fact, more effective.

The findings showed that it might be worth to disable the video function during online conferencing via various tools like Zoom, Microsoft Teams or Google Meet, in order to promote better communication and social interaction during collaborative problem-solving sessions.

Researchers from Carnegie Mellon University and University of California, Santa Barbara, in the US studied collective intelligence -- the ability of a group to solve a wide range of problems -- and how synchrony in non-verbal cues helps to develop it.

"This is because it leads to more unequal contribution to conversation and disrupts vocal synchrony. Our study underscores the importance of audio cues, which appear to be compromised by video access," she added in a paper appeared in the journal PLoS One.

Essentially, conversation is what happens when at least two speakers take turns sharing their thoughts, and nonverbal cues are how they establish when and how to take these turns.

Currently, video conferencing has become the de facto tool for group collaboration within many organisations.

The prevalent assumption is that technology that helps to mimic face-to-face interactions via a video camera will be most effective in achieving the same results.

Facial expression synchrony is pretty straightforward and involves the perceived movement of facial features. Prosodic synchrony, on the other hand, captures the intonation, tone, stress, and rhythm of speech.

Woolley and her colleagues pulled together a large, diverse sample of 198 individuals and divided them into 99 pairs.

The groups with video access did achieve some form of collective intelligence through facial expression synchrony, suggesting that when video is available, collaborators should be aware of these cues.

However, the researchers found that prosodic synchrony improved collective intelligence whether or not the group had access to video technology and that this synchrony was enhanced by equality in speaking turns.

"Most strikingly, though, was that video access dampened the pairs' ability to achieve equality in speaking turns, meaning that using video conferencing can actually limit prosodic synchrony and, therefore, impede upon collective intelligence," the researchers noted.