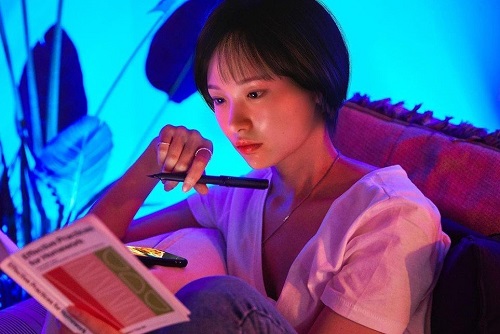 LG to feature virtual human as speaker during CES 2021

LG Electronics said it will feature a virtual human as a speaker at the world's largest tech expo next week as the South Korean tech powerhouse aims to show off its artificial intelligence (AI) capabilities.

LG said an artificial human, named Reah Keem, will deliver a three-minute presentation at its press event for the all-digital Consumer Electronics Show (CES) 2021 on Monday.

LG designed the virtual human as a 23-year-old female musician.

It already has an Instagram page with more than 5,000 followers, reports Yonhap news agency.

LG said the name "Reah" contains the meaning of a" child from the future."

LG has not revealed what the virtual human will speak about at the event and how the company will use the advanced AI system.

But it was reported that Reah Keem will not have conversations with people at the event.

"Neons will be our friends, collaborators, and companions, continually learning, evolving, and forming memories from their interactions," said Samsung.