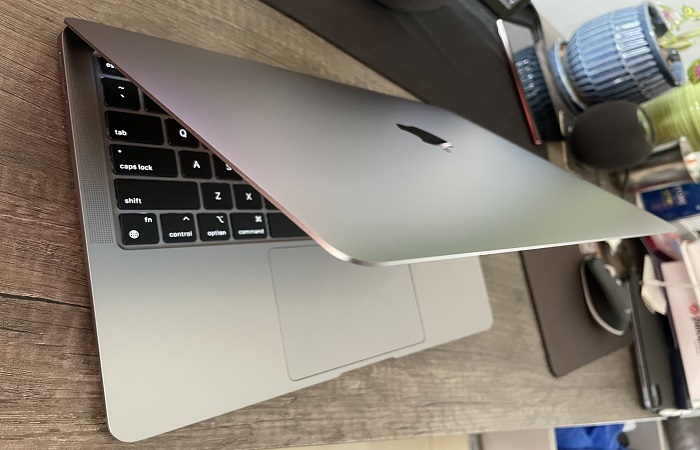 When Apple announced three new Mac devices -- MacBook Air, MacBook Pro and Mac Mini -- powered by its own first-generation silicon M1 chip, the idea was to take its Mac users through a blazing-fast experience never witnessed before with Intel chips.

The results is impressive and the new MacBook Air housing the first chip designed specifically for Mac -- along with the macOS Bug Sur -- creates an entirely different set of product for the users to create, work, stream and play.

The purpose of the first generation of Apple Silicon is to create a brand new experience (massive Cloud computing will come with later chips).

One big advantage is an extended battery life while bringing a massive increase in performance.

However, the chip itself is only part of this incredible power efficiency story.

The result is the best battery life ever on a Mac -- up to 15 hours of wireless web browsing and up to 18 hours of movie playback on full charge.

Let us delve deeper into the M1 chip and why buying this blazing machine will make sense to perform all your tasks seamlessly.

According to Apple, the M1 chip has 16 billion transistors, about 35 per cent more than the A14 Bionic chip that powers rest of the new Apple devices. It's also the first personal computer chip built using industry-leading 5-nanometer (nm) process technology.

The 8-core CPU in M1 is by far the highest-performance CPU ever built.

The M1 chip features four performance cores, each designed to run a single task as efficiently as possible while maximising performance and four efficiency cores to handle lighter workloads.

According to Apple, these e-cores are the most efficient place to run lightweight tasks, allowing the performance cores to be used for your most demanding workflows.

So if you edit family photos or export iMovie videos or manage huge RAW libraries in Lightroom, M1 blazes right through it all.

Typically, we see PCs with a discrete chip to get great graphics performance that consumes a lot of power.

Its integrated graphics bring the best of both worlds — a huge increase in graphics performance together with low-power consumption.

With up to eight GPU cores, M1 is capable of executing nearly 25,000 threads at a time, bringing the world's fastest integrated graphics in a personal computer.

At just 10 watts (the thermal envelope of a MacBook Air), M1 delivers up to 2 times the CPU performance of the PC chip.

And M1 can match the peak performance of the PC chip while using just a quarter of the power.

MacBook Air wakes up instantly, without even a blink, ready in an instance.

Everyday tasks like launching apps were nearly instantaneous. Scrolling in Safari was even better.

The machine offers unmatched security, According to the company, new security protections are built deep into the code execution architecture of M1 chip.

With the M1 chip, MacBook Air speeds through everything from editing family photos to exporting videos for the web.

With the industry-leading power efficiency of M1, MacBook Air also delivers the performance in a fan-less design, which means no matter what you are doing, it remains completely silent.

Beyond the fascinating world of M1 chip, the 13-inch MacBook Air is Apple's most popular Mac.

When compared to the previous generation, the M1-powered MacBook Air can export a project for the web with iMovie up to 3x faster, play back and edit multiple streams of full-quality, 4K ProRes video in Final Cut Pro without dropping a frame.

It also extends FaceTime and other video calls for up to twice as long on a single charge.

With its sleek wedge-shaped design, stunning Retina display, Magic Keyboard, and astonishing level of performance owing to M1, the new MacBook Air once again redefines what a thin and light notebook can do.

M1-powered MacBook Air starts from Rs 92,900 in India (Rs 83,610 for education) so it is still under Rs 1 lakh with super internals and mind-blowing performance.

Conclusion: M1-powered MacBook Air is of an an incredible value to the user who love to multi-task.

Combined with macOS Big Sur, it delivers seamless performance, offers extraordinary battery life and access to more software and apps than ever before. There has to be no second thought if you are looking for a powerful device with a sleekest design.