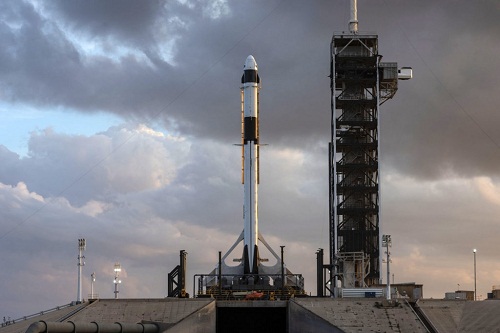 The Crew Dragon lifted off atop a SpaceX Falcon 9 rocket at 7.27 p.m. EST on Sunday.

"This is a great day for the United States of America, and a great day for Japan, and we look forward to many more years of a great partnership... All the way to the Moon," NASA Administrator Jim Bridenstine said on the launch of the mission.

Crew-1 is the first crew rotation flight of a US commercial spacecraft with astronauts to the space station following the spacecraft system's official human rating certification.

The four astronauts will spend six months at the space station for their research.

The Crew Dragon is scheduled to dock to the space station at about 11 p.m. on Monday, NASA said.