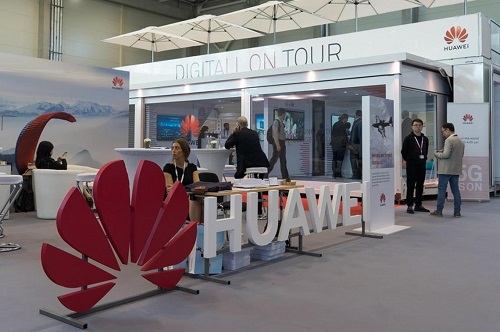 Twitter has acted upon thousands of accounts who were following Huawei employees in Europe who mysteriously gained thousands or tens of thousands of followers within weeks, at a time when the 5G business of the Chinese conglomerate has taken a hit across several countries.

All of the accounts, which often post the same content and almost always retweet each other, also saw a drop of thousands of followers after the Financial Times asked both Twitter and Huawei about this.

"Many of the accounts shared links to Huawei's website promoting its work in the region and calling for the 5G debate not to be politicised," the report said on Friday.

Twitter said that "attempts to inauthentically increase followers" are not permitted under its rules.

One senior Huawei executive attracted nearly 900,000 followers to his account. In one week, he gained more than 160,000 followers, according to Social Blade, a social media analytics company.

"He now has 18 times the audience of Huawei's official EU account, which is seven years old".

Huawei said in a statement: "Some social media and online activity has been brought to our attention and it's suggested we may have fallen short of these policies and of our wider Huawei values of openness, honesty and transparency."

These accounts were engaged in a coordinated campaign to criticise the Belgian government's plan to ban Huawei from supplying 5G equipment to local telecommunications providers, reports ZDNet.

The accounts used fake names and posed as Belgium-based tech and 5G experts.

Graphika also noted that some Huawei employees in Western Europe had often retweeted some of this bot network's content.

"While past Twitter botnets worked in an automated fashion, this smaller network appeared to have been manually operated, with all tweets being hand-written for each of the 14 accounts".

Huawei is facing turbulent times over its 5G gear in several countries.

British Prime Minister Boris Johnson has ordered Huawei equipment to be purged completely from Britain's 5G network by the end of 2027.

European governments have tightened controls on Chinese-built 5G networks following pressure from the US.

The Chinese telecom giant has hired former Brazilian President Michel Temer as an advisor as the auction for next-generation 5G wireless networks approaches in the country.

Reports surfaced earlier this month that Borje Ekholm, Chief Executive Officer (CEO) of Swedish telecom giant Ericsson, has been lobbying the government to repeal a ban that prohibits Huawei and ZTE from participating in the country's 5G construction, according to local newspaper Dagens Nyheter.

In the messages unveiled by the newspaper, Ekholm said Ericsson would leave Sweden if the authorities continue to hold the ban on Huawei and ZTE.