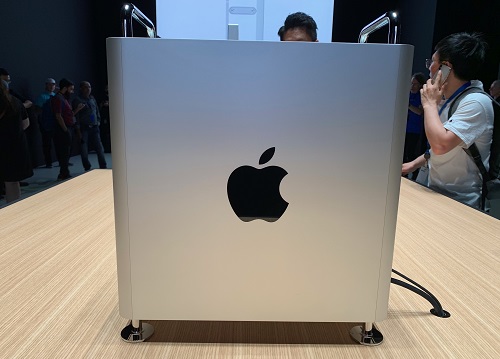 Cupertino-based tech giant is reportedly planning to launch a smaller Mac Pro and will upgrade the 24-inch iMac series with more colour options.

Tipster Jon Prosser has shared some details around the iMac design. According to him, the redesigned iMac will have narrow bezels, similar to what we see on the iPad Pro.

He further tipped that Apple would launch the iMac in a variety of colour options. The iMac will come in Silver, Space Grey, Rose Gold, Sky Blue, and Green colour options.

Prosser explained that the range of colour options aims to capitalize on nostalgia for the original iMac.

He said that the ports appear to be the same as what Apple released in its 2020 iMac but notes they could be placed in a different location on the real system.

The redesigned iMac redesign has been described as a mix between the Pro Display XDR and iPad Pro. The new iMac isn't expected to contain features like Face ID despite the redesign.