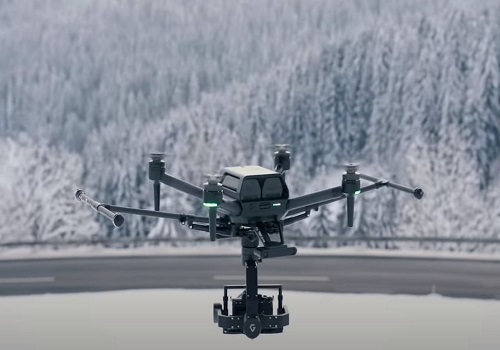 Sony has unveiled its Airpeak drone before the company launched a new business targeted for professional photography and video production in the spring of 2021.

The new drone, part of AI Robotics, is the world's smallest drone capable of carrying a state-of-the-art Alpha camera system.

"In order to fully support the creativity of video creators, the payload of the drone can be equipped with an Alpha mirrorless camera to capture high quality, full frame aerial photography and video," Sony said in a statement during the CES 2021 on Tuesday.

Airpeak is capable of dynamic filming and precise, stable flight, and aims to contribute to the world of entertainment while also pursuing new possibilities for creative expression.

Not many details have emerged from Airpeak but Sony is already using the drone to film landscape and city shots.

The company also showcased the Airpeak working as a chase camera for footage of its Vision-S concept car.

The Airpeak model is a quadcopter design and features two landing gear extensions that retract upward during flight.