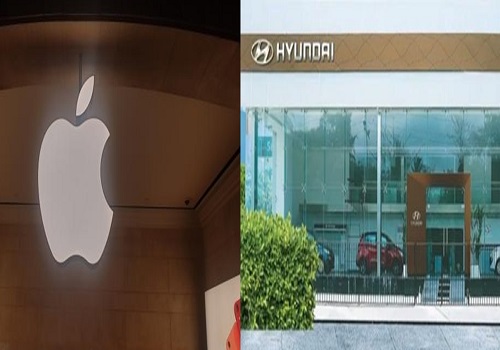 Hyundai Motor along with its affiliate Kia said recently that it is not in talks with Apple for an electric car manufacturing project but now, a new report has claimed that a partnership may still be possible for Kia, adding that negotiations with Apple are not completely cancelled.

According to a new report from South Korean news site Chosun Biz, Apple and Kia signed a memorandum of understanding (MoU) last year, "agreeing to pursue cooperation in eight sectors, including electric vehicles".

"Even if the negotiations on electric vehicles fail, there are many items that can be negotiated in other fields, so we are still optimistic about the possibility of a partnership between the two sides," the report said on Thursday, citing sources.

In addition, Kia and Apple are also discussing cooperation in "last mile" mobility, with Kia's electric scooters, it added.

The first Apple electric car was reported to to be built on Hyundai's electric vehicle platform and the initial model could lead to new vehicles built in association with General Motors and European manufacturer PSA.

Kuo believes that the earliest possible date for an Apple car to hit the market is 2025.

The Apple car is rumoured to feature LiDAR technology which could add a lot of depth to onboard Artificial Intelligence (AI) functions. The vehicle is expected to use a "C1" chip based on the A12 Bionic processor with in-cabin AI capabilities such as eye-tracking.