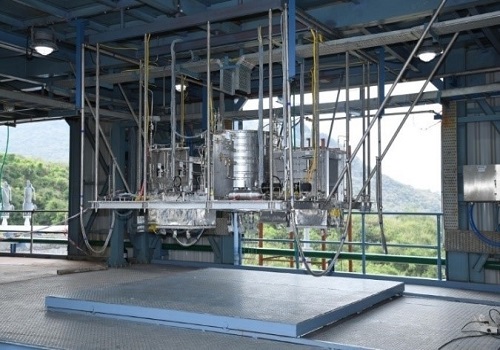 Four Indian astronauts to return to Moscow to try out spacesuits

The four Indian Air Force (IAF) pilots who had undergone astronaut training in Russia will be going back there for the purpose of tailoring their space suit, said a senior official of the Indian space agency.

"We are working out their travel schedule. They may be there for two weeks," the Indian Space Research Organisation (ISRO) official, who did not want to be identified, told IANS.

According to the official, the four astronauts will try out their spacesuits designed and made by a company called Zvezda located near Moscow.

Zvezda makes individual life support systems for pilots and astronauts/cosmonauts, means of rescue for crews and passengers in case of accidents of aircraft, and aircraft refueling systems.

The four Indian astronauts returned to India in March 2021 after completing their training in Russia.

According to ISRO official, the debriefing of astronauts or exchange of information is being done.

They will also continue their flight training with IAF planes.

Their sea training and class room practicals will also be held for a year.

The four Indian astronauts were under training from February 2020 at the Gagarin Cosmonaut Training Center (GCTC) belonging to Glavkosmos which is a subsidiary of Russian space corporation Roscosmos.

According to Sivan, the four astronauts will continue to train till they board the Indian space module.

Queried about the training regime back home, Sivan had said: "The astronauts will have their physical fitness training that includes swimming, and jogging. They will also have academic/theoretical classes as they have to understand the rocket, and the human space module."

"They will also be trained on simulators. The Gaganyaan module navigation terminals will be simulated. The astronauts will be trained on various parameters that will be displayed on the terminals," he added.

The astronauts will later work on the Gaganyaan module as if they are flying.

"These apart, the astronauts will be trained on survival techniques so that they can survive in the sea as their landing module will land on the sea waters," Sivan said.

While the astronauts will be trained in Bengaluru and the survival techniques in Cochin, ISRO will carry out the engineering work related to Gaganyaaan.

Glavkosmos had earlier said the four Indian astronauts were trained in abnormal descent module landing - in wooded and marshy areas in winter; on water surface and in the steppe in summer.

"In June 2020, all Indian astronauts-elect passed training in short-term weightlessness mode aboard the IL-76MDK special laboratory aircraft, and in July, they were trained to lift aboard a helicopter while evacuating from the descent module landing point," Glavkosmos had said.

The Indian fighter pilots were also trained in a centrifuge and in a hyperbaric chamber to prepare their organisms for sustaining spaceflight factors, such as G-force, hypoxia, and pressure drops.

The regular courses comprise medical and physical training, learning Russian (as one of the main international languages of communication in space), and studying the configuration, structure and systems of the Soyuz crewed spacecraft, Glavkosmos had said.