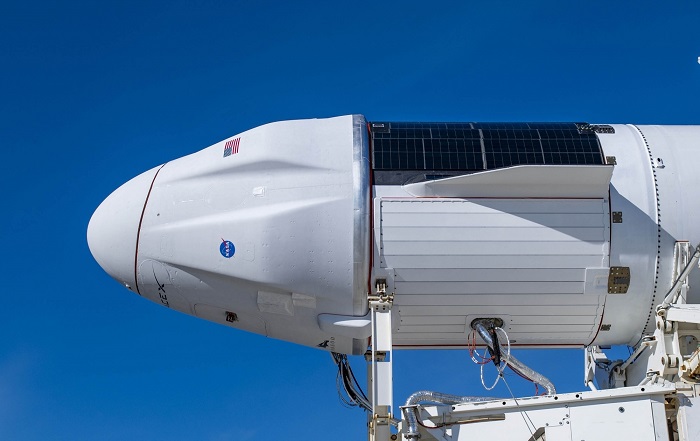 An upgraded SpaceX cargo Dragon spacecraft is set to transport significantly more science back to Earth next week than possible in previous Dragon capsules, and is the first space station cargo capsule to splash down off the coast of Florida.

In addition, key science experiments returns from the space station through NASA's Kennedy Space Center in Florida for the first time since the retirement of the space shuttle, NASA said in a statement late on Friday.

The space experiments include 'Cardinal Heart', which studies how changes in gravity affect cardiovascular cells at the cellular and tissue level using 3D engineered heart tissues, a type of tissue chip.

On January 11, the SpaceX cargo Dragon spacecraft carrying out the company's 21st commercial resupply services (CRS-21) mission for NASA will undock from the International Space Station (ISS), heading for splashdown off the coast of Florida about 12 hours later.

"Sending science up to space and then receiving it again on the runway was definitely something in the shuttle days that we really took pride in, and being able to rejoin that process is great," said Kennedy Space Center utilisation project manager, Jennifer Wahlberg.

Another experiment is a Japan Aerospace Exploration Agency study, 'Space Organogenesis', which demonstrates the growth of 3D organ buds from human stem cells in order to analyze changes in gene expression.

Results from this investigation could show advantages of using microgravity for cutting-edge developments in regenerative medicine and may contribute to the establishment of technologies needed to create artificial organs, NASA said.

The Bacterial Adhesion and Corrosion experiment identifies the bacterial genes used during biofilm growth, examines whether these biofilms can corrode stainless steel, and evaluates the effectiveness of a silver-based disinfectant.

'Rodent Research-23' involves the return of live mice. This experiment studies the function of arteries, veins, and lymphatic structures in the eye and changes in the retina before and after spaceflight.

The aim is to clarify whether these changes impair visual function.

"The large amount of science returning to Earth on this mission is possible thanks to upgrades to the SpaceX cargo Dragon spacecraft, which has double the powered locker capability of the company's previous capsules," NASA informed.

On return, it can support up to 12 powered lockers, enabling transport of more cold cargo and power for additional payloads.

"Using the previous Dragon spacecraft, it could take up to 48 hours from the time the capsule hits the water in the Pacific Ocean for it to be back in Long Beach, California. We then started distributing those samples about four to five hours after that," said Kennedy's Research Integration Office utilization flight lead, Mary Walsh.

"Now we are going to have early return science in hand and turn it over to researchers at just four to nine hours after splashdown."