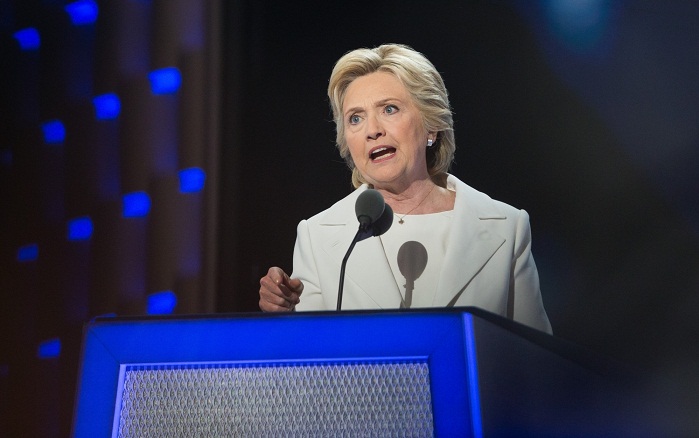 Taking pot shots at Facebook CEO Mark Zuckerberg, former US Secretary of State Hillary Clinton has said that the the social networking giant should fact-check ads from politicians to curb the menace of fake news.

Clinton argued in favour of creating "a whole new agenda of legislation and regulation" to govern how companies such as Facebook and Google exploit the data of its users, Variety reported on Saturday.

"Mark Zuckerberg should pay a price for what he is doing to our democracy," Clinton was quoted as saying at a New York City screening of the Netflix documentary "The Great Hack" on Friday night.

"Part of our problem, those of us who are appalled by this war on truth and this fake news which is truly surrounding us these days, is that we're not very good at combating it. It's hard because you're up against algorithms, plus all these other powerful forces, it's really hard," she added.

Facebook's third-party fact-checking programme exempts ads from politicians, but not from political groups.

The former US Secretary of State also praised Twitter's decision to ban all political ads worldwide.

"The Great Hack" reveals the sordid tale of UK-based and now defunct political consultancy firm Cambridge Analytica and its role in swaying US voters in the 2016 Presidential elections which brought Donald Trump to power via illegally accessing the data of 87 million Facebook users.

"The use of our data to manipulate us, to make money off of us, is really one of the cardinal challenges we face... This is our information, but people seem to forget that they should demand to own it," Clinton was quoted as saying.