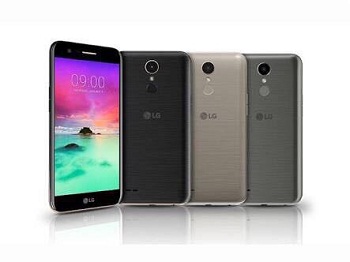 In line with the government's initiative to make the "Panic Button" service on mobile phones mandatory from March 2017, South Korean electronics conglomerate LG on Wednesday launched "K10 2017" smartphone that comes with the panic button service "112". With this, LG Electronics has become the first company to adhere to the Telecom Regulatory Authority of India (TRAI) recommendation to have a single number ‘112' for all emergency calls across the country. "The panic button, 112, is a great initiative and we must applaud the efforts of LG Electronics who is developing technology for the betterment of the society," Union IT and Electronics Minister and chief guest Ravi Shankar Prasad told media at the launch event here.  Priced at Rs 13,990, the smartphone features 5.3-inch HD in-cell touch display, 1.5GHz octa-core processor paired up with 2GB of RAM and runs on Android 7.0 Nougat operating system.  "The emergency dialling number 112 is the need of the hour. I would like to thank LG for spearheading this noble initiative mandated by the Government of India," added Pankaj Mahindroo, Founder and National President, Indian Cellular Association. The 4G-VoLTE device has 13MP rear camera, 5MP front camera and houses 2,800mAh battery.  "Keeping in view of consumers' needs and the Government of India initiatives, we are happy to bring LG K10-2017 built on India-Insight," added Amit Gujral, Corporate Marketing Head, LG India.