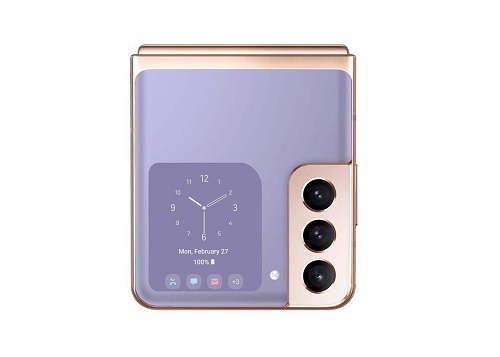 A new report by FrontPageTech claims that Samsung has ordered the production of 50,000-70,000 units of Galaxy Z Fold3 and Galaxy Z Flip3 a day since it is aiming to produce a combined seven million units of both devices and wants to be ready in time for their launch.

Samsung hasn't divulged anything about the Galaxy Z Fold3 or Z Flip3 yet, but the company is rumoured to announce these devices on August 3, with the launch reportedly set for August 27, GSMArena reported.

According to the tech reviewers, the Galaxy Z Fold3 will feature an under-display camera and support the S-Pen stylus. Its next clamshell foldable Galaxy Z Flip3 is expected to have a bigger outer display.

The Galaxy Z Flip3 is expected to feature a larger external display of 1.83 inches. It has a dual-camera system, which reportedly includes a 12MP main snapper and a 12MP ultrawide snapper.

The inner screen of the Z Flip3 may feature a punch-hole design with a 10MP selfie camera.

The Samsung Galaxy Z Fold3 is rumoured to be powered by the Snapdragon 888 chipset.

Both foldable products are expected to have a lighter weight with a cheaper price than their predecessors.