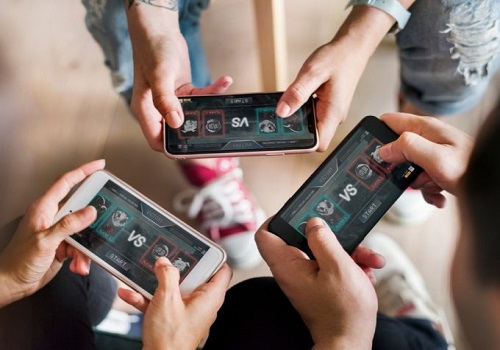 The Covid-19 pandemic resulted in nearly 1 in 2 mobile users in India (those surveyed) get hooked to gaming as people continued to shelter at place and work from home, a new report said on Thursday.

The lasting impact of Covid-19 shows that Indians are playing a lot more games on their smartphones throughout the day.

The Gen X (45 and above age group) users were seen indulging in multiplayer games to connect with family, friends, and other like-minded people on the platform, according to InMobi's 2021 ‘Gaming Report, India'.

Women constitute 43 per cent of the mobile gaming audience in India, of which 12 per cent are between 25-44 age group and 28 per cent and 45 and above.

Over 40 per cent of Indians have more than three games on their smartphones.

"What was seemingly an emerging trend is now a lasting behaviour with a 1.5 times growth in gaming users. With over 80 per cent of mobile gamers playing every day, it has evolved to become an integral part of the connected consumer's life," said Vasuta Agarwal, Managing Director, Asia Pacific, InMobi, which is a technology company that specialises in mobile advertising and mobile marketing.

The survey showed that a substantial (45 per cent) of Indians started playing mobile games during the pandemic and video ads in gaming apps are popular and deliver 31 per cent higher completion rates.

Indians interact 2.6 times times more with video ads shown in gaming apps than with those shown in other apps, the findings showed.

Nearly 40 per cent of the respondents said they usually play in 10-minute sessions — in between meetings, chores, meals, etc.

"However, committed gamers, on the contrary, spend substantially more time per session than other gamers, with over 84 per cent of the players spending up to an hour on mobile gaming in a single sitting," the survey mentioned.

More than half of the survey respondents said they download a new game every week.

While casual and card/puzzle/board games are a popular choice among all gamers, the committed players and Gen Z gamers have a greater inclination towards MOBA (Multiplayer Online Battle Arena), simulation and action games," the survey indicated.