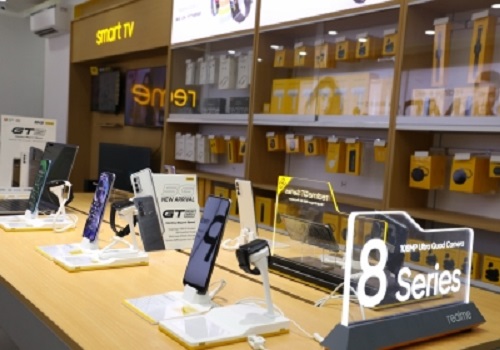 All of these stores will have the latest products from the realme TechLife ecosystem, including smartphones, laptops, tablets, and other gadgets.

"I am proud of achieving this new milestone, as it testifies to our capability to meet consumer needs despite all odds and challenges during the pandemic period. We will continue to maintain the strong pace of mainline expansion and deepen consumer experience. The love we have received from our users has made us more enthusiastic and energetic towards this offline expansion," Madhav Sheth, Vice President, realme and CEO, realme India, Europe and Latin America said in a statement.

realme has focused on offline expansion into Tier II and Tier III cities. realme will also open its flagship store in Gujarat, where customers can experience a smart and connected life through smart gadgets.

realme led the India market in 5G smartphone shipments, capturing more than 22 per cent share in Q2 2021, as per a report by Counterpoint Research.

The company said that its next goal is to achieve a dual-100 million target -- shipping another 100 million handsets by the end of 2022 and completing the same milestone within the 2023 calendar year.

According to Counterpoint, realme took the sixth spot with 15 million shipments and 135.1 per cent year-over-year (YoY) growth in the second quarter of 2021.

Out of 100 million realme users worldwide, 50 million users are from India alone.

Amid the chipset shortage, the company is targeting six million handsets and two million IoT products for the upcoming festive season.